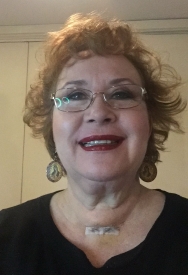 Meet Yvette Serrano –  I’m Yvette from Mexicali, Baja California, Mexico. At Pasteleria Ochoa,   I make wedding cakes for lots of brides. I always dreamt about baking my children their own wedding cakes. Two years ago, my eldest son and then my only daughter got married. Their weddings were both beautiful! However, I  wasn’t able to make a  wedding cake for either of them and there was no dancing for me while suffering from primary hyperparathyroid disease.  I am very lucky that I was finally diagnosed correctly and had an excellent surgeon.

It all started about five years ago. I changed from being a very optimistic, active, outgoing person, to one that didn’t want to leave the house.

I had knee surgery, but the pain was so intense, I could not walk, nor could I drive. I had to use a wheelchair. My orthopedist couldn’t find anything wrong. It wasn’t my knee that hurt however, it was my bone that hurt.

I started having mood changes. I got angry very easily for any reason and I couldn’t avoid it. I also became very absent-mined. I was depressed without me even noticing it.  (I only realized it after the operation, I felt happy.)

My skin became very dry. The dermatologist prescribed vitamin B, which did not work.

I had hair loss.

In 2014, I had kidney pain, but did not have kidney stones. The specialist couldn’t find anything wrong.

In 2016, I was diagnosed with osteopenia in the femur and the spine. My T-Score: AP Spine -1.3, Right Femur -2.2. The specialist suggested Prolia (denosumab) treatment for 6 months.

I decided then to see an endocrinologist to get a second opinion and scheduled an appointment with Dr. Alberto Solano in Guadalajara, Mexico. After seeing that for the past five years my blood calcium level was 10, 10.2, and 10.3, he ordered PTH tests to check parathyroid hormone levels. My result for the PTH test was that I had 184 pg/ml, when the normal values are between 10 and 69. The diagnosis was I had hyperparathyroidism. I had to have surgery to remove the parathyroid tumor.

Doctor Solano recommended I find a surgeon who had experience operating on parathyroid glands and suggested that I ask specific questions; for example: Do you specialize and perform only parathyroidectomies? How often do you perform them?

After research I found the Norman Parathyroid Center in Tampa, Florida, who specializes in parathyroid glands. I was diagnosed in November 2016 and a month later in December had arranged to have surgery there.

I arrived early to the hospital and waited about 2 hours to be sent to the operating room. The operation lasted about 30 minutes or less. I stayed 2 hours in the recovery room and then returned to the hotel to eat ice cream. My throat was swollen as if I had a golf ball, but I could speak and eat perfectly. I had no pain. 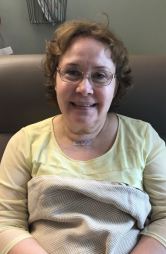 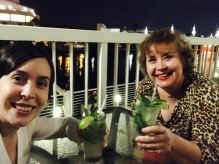 That same night I was eating at a restaurant. I stayed one more night at the hotel, but it was not necessary, I felt great. Went sightseeing the next day.

After the parathyroid operation, the excruciating pain I had in my knee was gone and the other symptoms went away too.

A week after the operation I applied vitamin E oil on the scar, all the lumps disappeared. You can barely see the scar.

I have recovered my confidence, security, happiness, and freedom!!!!!! 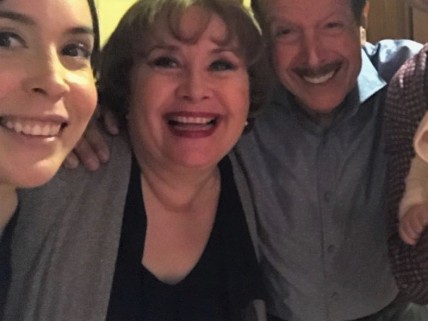 Yvette invites you to contact her to ask any questions you may have in Spanish or English at  yvetteochoa2@hotmail.com. or through Facebook at Yvette Serrano Camou

One thought on “Recovered life!”