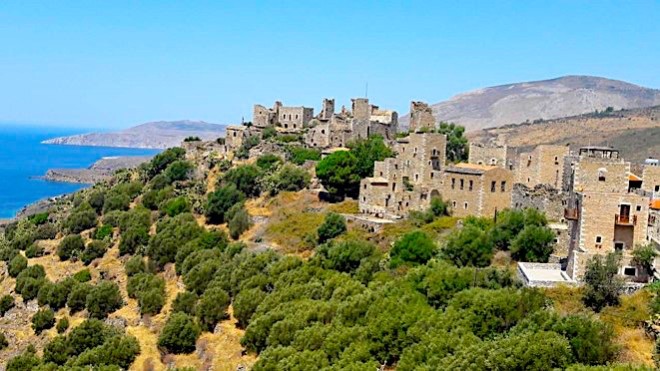 In 1971 I’d booked a holiday to Tunisia. But fate intervened and I finally came to Greece with some friends. Four days before we were due to return to England, I met someone….10 months later we were married! So now I’ve been living in Greece for 45 years. The culture shock in the beginning was huge, and not knowing a word of the language didn’t help matters. But over time one adapts and embraces a different way of life. It’s a beautiful country, with the sea never too far away, islands that often seem to belong to the past, magnificent mountainous scenery reminding one of the Alps, and of course treasured ancient monuments.

As far as health care is concerned, despite the problematic economic condition the country is in, Greece has many excellent doctors of all specialisations who strive to do their best. But as we all know, some are more knowledgeable and experienced than others….

My parathyroid story is pretty typical: after years of having high calcium, osteopenia, crystals in the bladder- all measurable symptoms – and other more subtle ones such as muscular weakness, intense exhaustion, red eye, severe vomiting, weight loss, etc, – I went to an orthopaedic specialist for a referral for my annual Dexa scans. And I asked him this life-changing question: “Are there any other useful tests that I could have?” He thought about it and then sent me for a PTH test…the first time I’d ever heard of the parathyroid glands. The result was 143 pg/ml, with the upper limit  being 65 pg/ml. He told me to see an endocrinologist.

So for nearly 5 years I went to a professor of endocrinology, and every 3 months he sent me for a huge range of tests…blood, scans, Xrays, urine….Although he diagnosed me with hyperparathyroidism, since nothing ever showed up on the imaging tests he was hesitant to recommend surgery since he feared I’d develop hypoparathyroidism which would be extremely serious. All this time my symptoms were getting worse and there were days when I could hardly get out of bed. Of course I wanted a second opinion, but where to go? I knew of nobody who had the disease, and was reluctant to start doing the rounds without useful results.

In November 2015, fate intervened again: someone I knew and respected had gone to a new endocrinologist and highly recommended him, so I went to see him. He immediately appreciated the gravity of the situation, sent me for a few more tests and then recommended an incredible surgeon. When we met him, he explained that he couldn’t give us a 100% guarantee that he would be able to locate the bad gland or glands, but felt pretty confident that he would. And he did: one adenoma was deeply embedded down the back of the neck, and the other was ectopic, clinging like a leaf to the oesophagus. My good fortune continued: I was one of the estimated 20-30% of sufferers who have an extremely rapid recovery post op. My photo shows me and my scar….my little smile on the neck! I have been so lucky….

However, it was only about 2 weeks post op that I ventured into the world of Facebook to investigate hyperparathyroidism:  up till then I had only dabbled…I joined a couple of groups and my eyes were opened. Such pain, suffering and despair, isolation, insufficiently knowledgeable endocrinologists, insufficiently experienced surgeons…and the list continues. It’s one thing reading information from Dr Google, but quite another to hear directly from the sufferers. 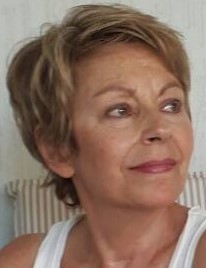 In March 2017,  with the aim of informing and supporting people with the disease, I started the closed group on Facebook in Greek and English called

I felt I had been extremely fortunate that, after a number of difficult years, I had been able to have a successful parathyroidectomy in Greece and wanted to try to promote general awareness. This is not an easy task at all, and I sincerely hope that you will spread the word about our little group far and wide! It is in English and Greek and we welcome people from other countries.

At the moment we have about 57 members, more than half of whom are not from Greece: information and support should be international. It is incredibly hard to find Greek sufferers and at times I wonder if we ever will! So please spread the word…we need all the help we can get.

For Greek speakers, I have very recently created an open Facebook page for basic information (note that there is a translation button on the page): 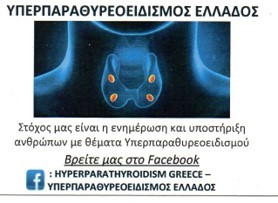 Reflecting about how much sooner many of us could have been diagnosed if any of the numerous doctors we usually see during our parathyroid journey had picked up on our symptoms I wrote the following article.  It is up to each of us to ask “WHY??” and at every opportunity inform others about the disease.

Since you are reading this, you already know something about Hyperparathyroidism even if you are not yet certain that you have the disease. Or you may be here to help a friend or relation. But even if you have been tested for PTH and calcium, you may not yet have a definite diagnosis. Think about the symptoms that this illness can often cause: for example,  kidney stones; gravel/crystals in the bladder; osteopenia/osteoporosis; red eye; gallbladder and pancreas issues; depression; brain fog; weight gain/loss; intense exhaustion; muscular weakness; bone pain; dental problems; and many more….

So start asking the doctor WHY?

WHY do I have this problem? Could it be because I have hyperparathyroidism? Could you give me tests to check my PTH and calcium levels – just in case?

Since many doctors OFTEN ignore or don’t pay much attention to symptoms, sometimes for many years, saying it’s nothing, it’s menopause, it’s only just above the limit, you’re getting older, drink more water, you’re working too hard, etc.. you must stand up for yourself and do everything you can to get the basic tests. Remember, the sooner you get a diagnosis and an operation, the sooner the harm being done to your body will stop and you can start to recover. If you do not start asking WHY, the damage to your body will get worse…

When you chat to friends and relatives, and you hear them complaining about health issues that might be related to Hyperparathyroidism, tell them about the disease and advise them to get tested so that if they do have the illness, they won’t waste years of their life suffering unnecessarily.

And to those of us who have been diagnosed and had the operation: ask yourselves this: if you had known about hyperparathyroidism before, and had started to ask the doctors WHY you had such symptoms, how much sooner do you think you might have been cured?

In conclusion, a final chilling word:

My very dear endocrinologist told me the following during a six-monthly visit in July: “As soon as I saw you, I could see how serious your case was because of the extreme muscular weakness. If you hadn’t had a successful operation, within 5 years you would have been in a wheelchair….” 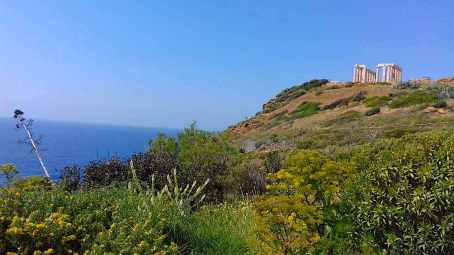